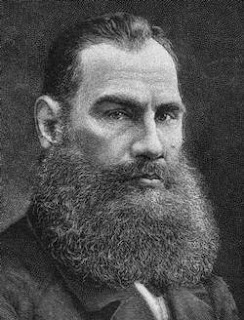 WARNING: If you have not read The Awakening or Anna Karenina, contains SPOILER information!

The Awakening by Kate Chopin
Anna Karenina by Leo Tolstoy

Normally I try not to include anything which will spoil a story, but in this case, I am not writing a Book Review, but a comparison between the two books listed above, which by necessity includes information pertaining to the conclusion of both!

In May, when my oldest daughter was approaching midpoint in her American Literature course she asked me if I'd read anything by Kate Chopin. Liking to consider myself well-read, it always irks me when I have to admit to complete ignorance of a famous author, especially one from my own shores. I secretly resolved to remedy the situation as soon as possible; then I got busy doing other things and forgot all about Ms. Chopin. But I'd happened to mention my literary shortfall to my best friend and she did NOT forget; she got busy reading The Awakening.

Several days later and she was almost finished. Egad! I grabbed my Library of America edition and dived in too.

Louisiana and the bayou country--familiar territory; my husband and I moved there childless in '91 and left three years later with our two daughters, many fond memories and an abiding appreciation of the sultry south. We literally had two Steel Magnolias, who could claim they'd been born, if not 'early on one frosty morn' at least from 'the Land of Cotton, where old times there are not forgotten...' The mellowness of the South had seeped into our bones; it's softer voice, slower ways and sweeter folk were a part of us now.

And of course when a book can take you back to a special place...well, that's almost as good as goin' there. I have a special fondness for armchair travel. Opening The Awakening was to bring back those warm, rosy memories of exploring old plantation homes and restin' in the shade of huge moss-draped trees.

'Domestic Goddess Kate Chopin was born Katherine O'Flaherty, in St. Louis, Missouri. Her parents were from Irish and Creole backgrounds. When Chopin was widowed at 32, she began writing to support herself and her six children. She was widely accepted as a writer of local color fiction, and was generally successful until the publication of her scandalous novel The Awakening, in 1899. Perched between the social conservatism of the nineteenth century and dealing with tabooed themes too soon for the growingly open twentieth, the novel's sexually aware and shocking protagonist, Edna Pontillier, pushed Chopin into literary oblivion. Chopin, and her memorable characters and stories, finally emerged from society's morally imposed ostracization during the resurgence of women's rights in the early 1970's.

Even today, much of the criticism of Chopin's most famous work centers on Edna Pontillier's morals--is she a fallen woman, a bad mother, a selfish human being? Why does the character still, in an era where sexual openness is not totally condemned, point us toward a discussion of what makes a woman "bad?" What does the novel say about constrictions and constructions of the feminine role, today and during the time it was written? What does the novel say about human consciousness, and conscience?

Marilynne Robinson, in the introduction to the Bantam edition of The Awakening, published in 1989, says:

In discovering herself Edna is discovering her fate. In exploring Edna's regression, as she puts aside adult life, retracing her experience to its beginnings, for her its essence, Chopin describes as well a journey inward, evoking all the prodigal richness of longing, fantasy, and memory. The novel is not a simulated case study, but an exploration of the solitary soul still enchanted by the primal, charged, and intimate encounter of naked sensation with the astonishing world. (xx)

Only when we discuss Chopin as more than a "one-trick pony" can we discover more about ourselves.

Recently, Emily Toth, one of the foremost Chopin scholars, published a critical biography of Chopin, which I recommend highly for anyone who is interested in Chopin's work called Unveiling Kate Chopin. To quote Toth, Kate Chopin anticipated so much: daytime dramas, women's pictures, The Feminine Mystique, open marriages, women's liberation, talk shows, Mars vs. Venus, self-help and consciousness raising. But in 1899 she was a lonely pioneer. (xix)' http://www.womenwriters.net/domesticgoddess/chopin1.htm

When I started The Awakening I suspected from the title that it was to be about a woman from those long ago days of the late 1800s who 'awakened' to the realization that she was a person--in addition to being a wife and a mother. But in actuality, the main character, Edna, does more than just awaken to her personhood (whatever that may be) she falls in love with a man (Robert) other than her husband, begins to neglect her family, moves out of her own home, has an affair, laments her affair because of Robert (not because of her husband!) and eventually commits suicide. In other words, we watch Edna in a long, slow spiral downwards into ruin. Is this 'awakening'? Not in my mind!

As I was reading this novel -- and especially at its conclusion -- I was struck by its similarity to Anna Karenina. Although written nearly 20 years earlier (in serial installments from 1873 to 1877) and by the male novelist, Tolstoy, Anna deals with many of the same issues as Awakening: a married woman defying the societal conventions of her place and time, following her own desires and suffering the disastrous consequences of her own choices. Both stories end with the female protagonist ending her own life--presumably because she can see no alternative.

My friend and I both felt Awakening just ended; we weren't prepared for Edna's abrupt and wasteful act. Was there really no other alternative? Was Edna really so desperate as all that? Did Kate Chopin want to make a statement about lack of choices open to women at the end of the 19th century? Or was she frustrated about her own limited options? What was the point of the story?

So many questions; so few answers. While we are left to wonder and speculate about Edna, we can be fairly certain the character of Anna was inspired, in part, by Maria Hartung (1832–1919), the elder daughter of the Russian poet Alexander Pushkin. Soon after meeting her at a dinner, Tolstoy started reading Pushkin's prose and supposedly began to daydream about his beloved heroine. Tolstoy's love of his titular feminine goddess radiates throughout Anna Karenina. Perhaps this goes a long way to explaining why generation after generation of readers have taken her to their hearts as well. Who cannot love an author's most cherished creation?

Does this explain why Edna leaves us cold, but Anna makes us cry? Are we subtly influenced by the author's opinions? Or could it be we find Edna's behavior goes just a bit too far? Somehow she crosses over an invisible line we are not even aware of...a line that Anna manages to remain on the right side of. And if so, what is that line?

Interesting questions these two books raise. They wisely don't offer answers. Our own awakening begins when we close the books, set them down and begin to ponder what we have read.
Posted by friant at 10:05 AM No comments: