Is Education Wasted on the Young? 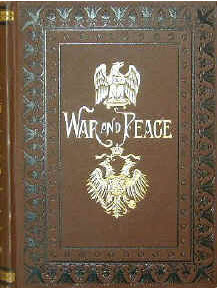 Sorry Meg and Michelle and every else under 30 reading this—I mean no insult by the subject question. It’s rhetorical in nature and just thrown out as something to ponder, mostly by those of us who no longer are . . . young. Was our education a waste?

Speaking strictly for myself, I believe I had the best education my parent’s hard-earned money could buy. That is, I was given the opportunity of learning what those teachers and schools taught, but did I learn? A smorgasbord of intellectual fare was spread out before my juvenile self and all I had to do was partake of what was offered. But did I feast? Did I do more than sniff at the sumptuous repast of pedagogical banquet? Like most people my age, I surreptitiously found out how little I could get away with eating before I slipped away to the “real” world. The world of academia, as we all know, is not the “real” world.

Fast forward 18 years and now the student has become the teacher. Presumably, something more than just time has passed. Somewhere along the line, I developed the desire to read for my own enlightenment, for self-improvement—if that’s possible and I believe it is—but certainly to learn for more than mere test score-maximization. There is a need in each of us, either dormant or nurtured, to know and to grow. “Life” means growth and change; where there is life, there can be no stagnation. My reading programs developed when I’d finally outgrown the effects of systemic teaching and began to seek knowledge and wisdom as the Pearl of Great Price. For the first time in my life I wanted to learn, not for a grade or a degree or to impress a boss or a teacher, but just for my own pleasure! And not an-idle-summer’s-day-amusement sort of pleasure either, but the deep, rich pleasure that comes only rarely, unexpectedly, when we say can say, “Aha!” or, “WOW!” Moments C.S. Lewis called, “Joy”. Sometimes these moments come during prayer, often they occur during quiet or service; they can also happen when one is engaged in serious, reflective, and contemplative study of the mysterious, marvels of this wonderful world in which we live.

During my daughter’s school year, I would read books having to do with their academics, but every summer . . . Ah summer! I would treat myself to some long-neglected classic, something I knew would stretch me and yet something I also hoped I would enjoy.

This summer I decided to tackle the mother of all novels, the book everyone jokes about and sadly few read, War and Peace. It really is sad, because it’s the best book, without exception, I’ve read in a long, long time—well at least since The Brothers Karamazov. There is something about the Russian authors . . . ! But I digress!

The real difficulty in reading W&P isn’t the length, although that can be daunting, it’s the fact that the story goes back and forth between, War, and, Peace. For those unfamiliar with W&P, it occurs during the Napoleonic era (early 19th century) primarily in Russia with a few battles in other parts of Europe.

So the “trouble” with W&P is also its richness: the parts which interest one audience – the War parts – generally won’t interest those who will prefer the Peace parts. I confess to prefer the Peace parts—the interaction between the people. Had I read this book when I was younger, for a class or a test, I’d most likely have skim-read the War parts. True confession time. However, since those days I’ve learned the value of working through the “hard” things. I’ve also learned a few ‘tricks of the trade’ of learning.

Whenever I want to be sure to really appreciate a book these days—especially one where translation, dialect, customs, and/or time period may render understanding opaque—I rely on audio books, one of the best inventions since books themselves. I purchased the MP3 audio book of W&P (produced by Blackstone Audio and read by Frederick Davidson.) Now some would call that cheating; but it certainly isn’t faster. Word for word, I can read the book faster than I can listen to it. And in fact, I often listened to parts of it, and then read them, or vice versa, especially during the battle scenes because I knew I needed to go over those parts twice or more in order to really understand what was happening. (I didn’t say I was any smarter now that I was older—just that I work at it harder.) Davidson’s rendering of any story is superb by the way; W&P is no exception. His characterizations combined with the maps and information I found at the website on Wikipedia, especially when it came to the battle of Austerlitz, made it possible for me to not only read, but actually experience, the Napoleonic Wars and 19th century Russian society through the eyes of Tolstoy. Did you know that the Battle of Austerlitz was when the Roman Empire officially came to an end? I didn’t, but I do now.

And to answer my original Editorial question, “Is Education wasted on the Young?” OF COURSE NOT! Education is never wasted on anyone, ever. PERIOD. That’s the point! We’re never too young, nor too old to keep learning, so long as we’re still ALIVE! Our Creator gave us brains as well as hearts and bodies; He expects us to use them.

Happy Living! Happy Learning!
Posted by friant at 11:45 AM No comments: