The Ears of the Heart 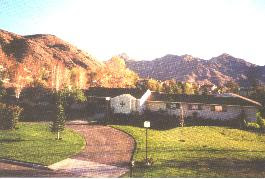 On the 18th of August I attended the Annual Retreat Day at Mercy Health Center sponsored by the Sisters of Benedict. Our guest speaker for the workshop was Joan Marie Sasse, O.S.B. She is a Master Time Line Therapy Practitioner and a Master Practitioner of Neuro-Linguistic Programming or NLP. She hails from Holy Spirit Monastery in California.

The following were some of the topics she covered during the course of our four hour retreat:

- Our Lord told us we would do greater things even than He did. (Sister did not give a Scripture reference for this and so far I've been unable to locate exactly where Jesus says this although I do recall that He did.) Note: "Hermeneutics" means to take something out of its cultural context.

-- How is that possible? Is it? Was He kidding? Do we have any reason, i.e., Scriptural reference, for thinking this has ever happened?

-- Yes! Jesus cured with his hands, spit and various other means.

-- However, Peter cured when his shadow passed over the sick.

-- How did that happen then? Can it still happen? Yes!

- Kirlian Photography: supposedly a camera that takes a picture of the energy field around your body. However, when I looked this up myself, I found a different interpretation/explanation. The following is taken from Wikipedia: Kirlian photography is completely different from "Aura photography," in which a colorful image is produced of a persons face and upper torso, using various methods of biofeedback. People commonly use the term "Kirlian photography" to erroneously refer to "Aura photography," and vice-versa. The terms have almost become interchangeable, even though the techniques are completely different. This leads to confusion among those who not familiar with the two different techniques. The Kirlian technique is contact photography, in which the subject is in direct contact with the film which is placed upon a metal plate that is charged with high voltage, high frequency electricity. In Aura Photography, no high voltage is involved as with the Kirlian technique, and no direct contact with the film is made. The images made with an Aura camera do not result from coronal discharge, the colors are projected with fiber optics. http://en.wikipedia.org/wiki/Kirlian_photography

- Concept of Non-Locality: our thoughts are not limited to where we are.

- Concept of Leakiness: we used to think of our bodies as encapsulated, but actually we are leaky. We are always taking in and giving off energy.

- Study in Chicago: crime dropped 29-49% due to prayers of the community.

- "They came together and they were of one mind and one heart..."

- There are usually 80 murders @ day in Los Angeles.

-- On 2 (known) occasions the murders stopped,

-- when the Pope came and when the Olympics were hosted.

-- During those times, the positive energy of the world was focused on L.A.

-- Newton's view of things and the historic view of the world is that everything is solid mass.

-- Quantum Physics taught us that everything is made of energy.

--- People are still trying to absorb this concept. The world around us looks solid.

--- Rock is dense energy; water is higher energy so it will eventually break down rock.

--- Water will change rock but not the other way around.

--- Sun is higher energy still, so it can transform water, but not the other way around.

- Thought and Light are the highest forms of energy.

-- (Note: I was unable to locate any information on Mr. Balboa. Whether it was due to my spelling of his name in my notes or his own obscurity, I do not know. I still include him because Sister spoke so highly of him.)

-- José Silva (August 11, 1914 - February 7, 1999) was a parapsychologist and author of the Silva Method and the Silva UltraMind ESP System, intended to help people increase their IQ, develop psychic skills, and to develop the ability to heal both themselves and others remotely, using forces unknown to science. http://en.wikipedia.org/wiki/Jos%C3%A9_Silva_(parapsychologist)

- Stages of Evolution - as they have occurred, there has been a rapid increase in acceleration
-- Biological - millions of years

-- Agricultural - tens of thousands of years

- We have more information today in our Sunday paper than was available in all the 1700's!

- So how can we deal with this Information Explosion?

-- Have a mental breakdown.

-- Create or sustain an addiction. (Basically you're living on auto-pilot.)

-- Learn to meditate. Learn to live from the inside out.

- God is the energy holding us together.

-- Sister said she stopped dieting when she realized that if God was in her very cells--the more of her there was, the more of God there was!

- Energy has a magnetic quality; it's called The Law of Attraction.

- The Law of Energy states: what you focus on you are going to get more of.

-- You get work, because you give work. You cannot receive, if you do not give.

- Stress: the reason we experience stress is because:

-- we are living in the past or the future--2 things/places which don't exist.

--- the future may never happen.

- We only remember things which make us angry or sad. How often do we say, "The more I think about that, the madder I get!"?

-- When we get angry, we stop breathing. Not Good!

-- Not breathing breaks down our system.

- Stanford Experiment: Took 30 people and had them think about something which made them furious. Let them think about it for awhile and get good and angry. Then took a vial of blood from each person and injected it into 30 rats who died almost instantly.

-- Performed almost the same experiment using Cancer and Aides patients and the rats lived for 2 months!

-- Shows that our anger is more lethal than Cancer or Aides...well at least for rats.

- We don't hurt the person we're angry with--we hurt ourselves.

- People who upset us the most are really our greatest blessings.

-- Every person we meet holds a mirror up to us.

- When someone upsets me:

-- Take a deep breath and remember they are the mail carrier. They are bringing me a message about myself.

-- Figure out what that message is. Learn from it. Forgive yourself.

-- Fill that person with the Light of Christ.

-- Turn the entire situation over to the Christ within and Go Free!

- Slotha: the Aramaic word Jesus used when talking about prayer.

-- An old nun said our modern way of endless prayer petitions was silly. The way she prayed exemplified 'slotha'. She'd ask God a question and then listen all the rest of the day for His answer--when she read the paper, did her chores, talked to anyone, etc. She was always listening and looking for God's answer--waiting expectantly, sure He was going to send her an answer if she was alert for it. In other words, the old nun 'set a trap' for God.

- Jesus was never disconnected from The Father. He and The Father were One!

-- He always wanted what God wanted. Do we?

- Going to church is a time to give thanks for what we already have ~~ especially Our Faith!

- Jesus NEVER said, "You were cured by my power and marvelous technique!"

-- Our Faith is a Great Gift--perhaps our greatest!

- Richard Bandler: it's the message(s) in our head which makes us happy/sad, angry/loving.

- Techniques for dealing with people who have yelled at you and made you feel like a victim:

-- Change them into Donald Duck.

-- Shrink them down to the size of a postage stamp.

- Books for further study: Using Your Brain for a Change, From Frogs into Princes, and Change Your Mind and Keep the Change.

- Dr. David Hawkins: a nationally renowned psychiatrist, physician, researcher and lecturer, as his listing in Who's Who in America amply attests. He has been a guest of MacNeil/Lehrer, Barbara Walters and The Today Show. His previous book, Orthomolecular Psychiatry, co-authored with Nobelist Linus Pauling, sold out completely. By the end of 1995, word-of mouth sales of POWER vs. FORCE were increasing by ten per cent a week. http://www.veritaspub.com/

-- A score below 200 indicates helplessness and the inability to tell lies from truth.

-- The recent tsunami elevated the energy of the entire world because of people reaching out to help one another.

-- Hurricane Katrina did not because of the blame and criticism.

- The difference between Buddha and Jesus:

-- Buddha only wanted to work with those scoring 200 and above.

-- Jesus came for all people. He wants to help elevate the energy of everyone.

- Compliment yourself on what you have done, even if it's only that you kept breathing.

-- Focus on what's right about yourself and others.

-- Cultivate an attitude of gratitude.

--- Every day for 30 days write what you are truly grateful for.

- Jesus said, "I came that you may have Joy and Peace!"

- We co-create with God through our thoughts!