I think NPR blew it with the firing of Juan Williams for voicing his opinion that he is afraid when he gets on a plane and there are people dressed in traditional Muslim garb.

You can see the video of Williams comments and read one account of the results in The Washington Post story. Listen to, or at least read, all of his comments before you reach an opinion.

I always thought Willilams was a commentator and analyist..someone hired to express his opinion. Was that only if management agrees with the opinion? 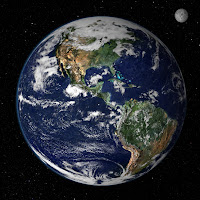 On the other hand, let me ask Mr. Willliams: do your comments justify white people who cross the street if there is a black man coming toward them on the sidewalk?

We are all individuals, regardless of color or religion or nationality...a little more judgement by individual behavior and conduct would go a long way toward making this a less knee-jerk reactionary planet on which to live.
Posted by friant at 5:53 PM