Aliyah Lunsford: Dealing With the Unexpected

Last Saturday, 3 year old Aliayah Lunsford was reported missing by her mother, Lena Lunsford, after she reportedly searched for her child for about 2 hours. 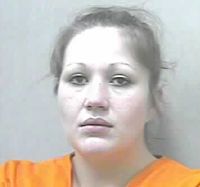 Suspicion followed the report when the mother was 'interviewed' by local media, seated next to her own mother and said, "we want her back home."

Statement Analysis response was to report this short sentence "concerning" because of the pronoun "we" from the mother.  This pronoun is sometimes heard when both parents are seated together, being interviewed as a couple, but a mother, given the nature of powerful maternal instincts (which Solomon knew to exploit in order to access truth from deception) most often uses the pronoun "I" when speaking about her children.

Statement Analysis deals with the unexpected.  This is a principle to embrace.

The mother said, "We want her home."  This doesn't sound wrong.  So:

Lena Lunsford also praised law enforcement as doing everything they can.


We ask people to try to put themselves into the position of the subject.  This presupposes sanity, reason, and innocence.  It is not always the case.  We also rely upon mountains of research; some of it in neat packages and easily available, and some, as Mark McClish recently addressed, is still developing.  He had observed, in many years in law enforcement, that people seem to gravitate towards the number 3 when they are being deceptive.  It was just something he noticed.  After he retired from the US Federal Marshals, he had more time to devote to Statement Analysis.  He has even trademarked the phrase "Statement Analysis" and it is his passion.  He has begun something very exciting to those of us who also have a passion for discerning truth:  studies.  This way, he is building data to back up his observations (I have empirical evidence also buttressing his finding that deceptive people will gravitate towards the number three) which, eventually, psychology may help us understand why this number is used.

A patrol officer can do a dozen "interviews" in a single day, as you picture him with a little notebook and pen, asking questions at almost every call he answers.  This is invaluable experience building.

Counselors, therapists, social workers, ministers, and others are in a similar situation.  Parents, school teachers, and so many others can build natural "interviewing" skills of careful listening and observation.  In this real sense, it is a form of "code breaking" done 'on the fly', that is, as things are happening.

Watching the early (and very short) video of Lena Lunsford saying "We want her home" caused Heather to say "she just shook her head 'no' while she said that!", and replaying the video clip, I saw that she was correct, and that Lena looked away.  Not being experts in body language, I found the incongruity of her body language to match the unexpected use of the pronoun, "we".  Here is the unexpected:

I expected a mother, maternal instincts inflamed, to say "I" in speaking for herself; especially since her husband (or the child's step father) was not present.  In fact, if you look at Christopher Dilliham's work, he shows that "we" is used as a form of weakness (where guilt is present, the guilty often seek to spread out the guilt by using "we"; comforting themselves in a subtle manner).

When she said "we want her home" it was the unexpected that needed statement analysis.

"We want her home" is then used to say, by itself, this is concerning that the mother did not use the more personal and stronger, "I"that I expected a mother to say.

Next, she said that law enforcement was doing everything they could.

This was also unexpected.

I expected a mother to be on pins and needles with no satisfaction; only impatience as she frets over her child.

We expected Lena Lunsford to show impatience with law enforcement; not resignation.  Resignation is something we see sadly creep in after months (see Desiree Young) of failure to find the missing child.  Showing impatience, or criticism of law enforcement months later is more likely associated with a contriving parent, feigning anger towards law enforcement much later in time of the case.

These two unexpected responses now coupled with Heather's observations about the video (both the shaking of the head 'no' and the looking away) now caused me to write:

But in an almost domino like manner, things surfaced that built upon this concern:

1.  Why did law enforcement call press conferences to say nothing?
2.  Why was no reward offered early?
3.  Since the case was on HLN, why didn't parents appear?
4.  Why didn't local media ask mother questions?
5.  Why did the family give media a sad picture?
6.  Why did the aunt, who lives locally, speak of her in the past tense?

The aunt spoke of Aliayah about Christmas time, which was 10 months ago.  If she lived in another state and hadn't seen her since Christmas, this would make sense, (be expected) but since she lives right there, this was the "unexpected", which is what we deal with.

When we learned that Aliayah, at 3 years of age, was missing 4 front teeth, I thought, "uh oh, that sounds like bottle rot", where a child is given sugars in a bottle to quiet her down because the mother is overwhelmed.  Of course she could have fallen, but with soon to be 7 children by a 28 year old, my mind went to Neglect.

Would I have immediately thought of bottle rot had I not heard the initial "we want her home" statement?

Another sharp commentator asked about the story that Aliayah was supposed to spend the night at a friend's house, but "messed" herself, wondering if there was a correlation between this and sexual abuse. It is this type of thinking, as vile as it may be, that causes investigators to get answers.  They must be on alert for the unexpected.

Some asked about a 3 year old sleeping over a friend's house.  Again, this is dealing with the unexpected.  We would not expect to hear of a 3 year old sleeping at a friend's house, but in a household of neglect, children are often "parentified" and expected to do for themselves things that most feel are best handled by adults.  When Breeann Rodriguez went missing, she was being watched by another sibling, a child far too young.  It was the unexpected.  That Lena Lunsford reportedly stopped to buy cigarettes to smoke just prior to giving birth tells us of her priorities, satisfying herself at the expense of the preborn twins.

Others pointed out, "how could she have the presence of mind to stop and buy anything thinking her 3 year old is missing" which was a great use of the expected and unexpected.  Of course, some will say "I smoke and drank through pregnancy and was a wonderful mother!" which is an indicator of so much else, but will hinder their ability to do analysis.  Some can learn from mistakes and be honest about mistakes made, and are capable of analysis, but others will excuse the expected because their own expectations are skewered.  Newborn babies experience withdrawal from nicotine at birth, so given how miserable adults can be when trying to quit smoking, how much more so for a newborn with no coping mechanisms available to them?

Although most parents would not allow their 3 year old to sleep over at a friend's house (3 year olds from most homes would be fearful of sleeping over anywhere), this expectation is lost upon a neglectful mother.  The children of neglect often have strong bonds; but the bonds are nervous, unhealthy bonds.

That the mother (or aunt?) mentioned that the child "messed" herself is concerning.   (this will be for another discussion).  It would be helpful to have the direct quote as well as statements from the step father.

Then, we learned that Lena has a criminal history.  Now we have a pattern of life emerging.

Astute commentators here asked if it were possible that this child died 10 months ago, at Christmas of last year.

A neighbor said that when the kids came over to borrow gas, none of them mentioned a missing sister, and that when the mother was doing her own "search", another neighbor was working on his truck and no one came to ask, "hey, have you seen my little girl?"

Local rumors speak of violence and then, lastly, of drugs.  A picture emerges...and finally, the mother lawyers up.

The mother has need of a lawyer.  People need lawyers at times in life, but when a mother needs an intermediary to deal with law enforcement officials who are searching for her "missing" child, the logical assumption is that the mother is in need of protection because her interests differ from the interests of her missing child.   Since the only interest of a three year old who is missing would be to be found, it is alarming that Lena Lunsford's interests differ from this.

This will not end well, but I do expect some answers to come shortly.  Police are conducting themselves, or so it appears, with one eye on the Orlando jury.
Posted by friant at 8:53 AM