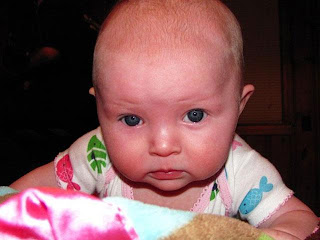 Searching continues this morning for missing 10 month old Lisa Irwin.  Police report that they are operating the search without a single tip of what happened to the baby.  Where do police search?  It is more complicated than simply searching the local woods and water areas.

Reports are that both parents have been interviewed, with police reporting that they are cooperating and have indicated that they do not believe that the parents are involved.

Local media reported a homicide, but later said it was unrelated.

When police stated that the couple was cooperating, they did so without sensitivity or qualification; this is important.  Sometimes parents will announce that they are cooperating or working with police, and police remain silent, a signal of suspicion.  Here, plain statements indicate that at this point in the investigation, they are focusing on stranger abduction.

Stranger abduction is rare, but it happens.  Rarer even is the baby that is snatched from a home where a parent and other children are home, sleeping.  When this happens police look to see if both parents were together, and work the circle wider and wider, from immediate family to extended family, to friends, to associates and lastly to strangers.  Police search for a connection to the home.

Drugs connect trouble to a home.  If parents are into drugs, drug dealers have been known to exact vicious revenge.

Affairs complicate homes where police seek to learn if a love triangle, with bitterness and perhaps mental health issues arise.  Any raging jealousies among family or friends?  Anyone close to the family recently hospitalized for substance abuse, or mental health issues will be carefully looked at.

As the extended family is searched, the circle gets wider, where associates are looked at; are any owed money?  Are there tense relations?  Tense business deals?

By the time police get to the strangers, they look at:

Registered sex offenders,
Known but unregistered sex offenders;  Sexual deviants molest children this young and even those who neighbors suspect will find themselves interviewed.  The child pornography trail, with each and every branch that is in the area, is sought out for interview.  Where were you at...?, and so on.

They scan hospitals for any women who have had still borns, who may be unstable, and move on to
mothers who have lost custody of their children (particularly babies) to Child Protective Services.  They even seek out foster parents who have recently given back the children to the biological parents, as this can be traumatic depending upon how long the child (children) have been with them.

The Questionnaire is often used, as an amazing time saver, where each household in the neighborhood is given a questionnaire to fill out.  The scanning of such can be done in less than a minutes, and police can take 500 people to be interviewed and reduce the number, instantly, by 70%, as the Questionnaire is designed to clear the truthful.  The man hours saved is of great benefit and results equal that of the polygraph.

If the parents are cooperating with police as reported, the police will likely have them address the kidnapper in media, as innocent parents will put themselves into the hands of the experts and allow the experts to guide them in exactly what to say and do.  This is done, generally, after passing a polygraph; particularly after hours pass with no success in finding the baby.

Kidnapping for ransom, in the continental United States, has become even more rare with the advent of electronic communication:  how would kidnappers communicate ransom demands without being traced?

Lastly is the horror of the unknown; rare, and perhaps, the worst fears of all parents; the nightmare of horror movies.

We will update as information becomes available.  Many thanks to our readers who post updates and links.
Posted by friant at 3:34 AM