Why No Reward In Missing 3 Year Old?

Immediately when her mother spoke, her short statement caused us alarm.  "We want her home" she said, though she was not speaking with her husband, nor the baby's father?  The video showed the mother shaking her head "no" while averting her eyes off to the side.  Although not body language experts, this jumped out at us immediately.  Although the case was highlighted on HLN, no one from the family appeared on the show.

We learned that the mother was previously incarcerated.
We thought of neglect (bottle rot) when we learned that the 3 year old was missing 4 teeth.
We have heard rumors from locals about drugs, violence and Child Protective Services involved, possibly removing the other children.  When the mother gives birth, including Aliayah, it will be her 7th child while she is yet 28 years old indicating heavy child care responsibility as a stressor.

Here are a series of questions of which the public is asking that raise issue about the investigation:

1.  Why is there no reward offered to the disappearance of 3 year old Alialah Lunsford?

2.  Why have police been so tight-lipped?  Why bother to hold a news conference when no information is given?

3. Why is the photo of Aliayah, who is reported to be "missing" from last Christmas?  A 3 year old child changes dramatically:  would it not be advantageous, if a child were considered alive and abducted, to have the most recent photo released to the public?

4.  When the aunt spoke of her, she spoke of last Christmas.  Why?  Have there not been events in a 3 year old's life since?  Birthday parties, outings, get-togethers, and so on?  This is concerning.

What someone says is a reflection of what they are thinking.  If this child was indeed "missing"; would the aunt have spoken of her in the past tense unless she possessed knowledge (or belief) that the child was dead?  Why did she immediately speak of last Christmas when stores are, this week, beginning to put out Christmas supplies?

Statement Analysis asks you to ask yourself how you might answer a question:  If your 3 year old niece was missing, would you, rather, speak of just yesterday, when you held her, read to her, or gave her a cookie?  If the aunt lived far away and had not seen her since last Christmas, it would be appropriate that her memory reached for it, but here, the aunt lives across the street.

it could be now apparent that the police are waiting until the mother gives birth to make any major announcements.  Their assertions that they have evidence on one hand, that they are working from, while on the other hand saying they have no evidence to suggest she is not alive is splitting of words. This is important because they recognize that anything and everything they say can be used by a defense attorney, putting pressure on them to satisfy the public that they are doing their jobs, without impeding the investigation.

They are also dealing with high emotions among the public, which can be volatile, as we saw yesterday when one woman told everyone to stop "rumors" because rumors won't allow the police to do their jobs.  It is this type of irrational emotional response that police are acutely aware of.

Anyone who thinks will wonder what happened to Aliayah, and the growing number of legitimate questions without answers shows a caring and concerned public.

It appears that the answer to, "where is Aliayah?" lies within the hearts of the mother and the step father, and they may be remaining silent and not cooperating.

Local  Media is not asking questions.

The citizens have a right to know while police need to protect the integrity of the investigation.

If police are crossing their 't's' and dotting their 'i's', all the better.

But the public remembers.

The public remembers the names of:


who's step mother, Misty Croslin, at 17, seemed to be more than the police could crack in the interrogations and interviews, in spite of failed polygraphs and parade of lies.  Her phony 911 call was only rivaled by Haleigh's father's parade of lies and sabotaging of the investigation.  Drugs and children do not mix.  Haleigh was a victim of a druggie home, replete with neglect, physical violence, and likely sexual abuse.

Terri Horman flunked her polygraph, lied, and hid behind her lawyer so as to increase the suffering of Kyron's parents. 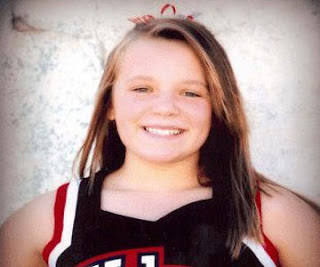 Does America need a video tape of every killing to go forward in justice?  Is this the legacy of Casey Anthony?


In this case, police had everything but a video tape of the killing (including a video tape of the mother's two reactions to media reports of the body found:   one flinging her hair back with a smile, the other with doubling over in fear).  Granted they had a bumbling attorney who, himself, could not follow his own arguments, and they had perjuring family members willing to do anything to smear Caylee's name, but still:

When "a plus b equals c" of circumstances, a reasonable person will conclude the same.

Let's hope we regain our sense of justice.

Can a mother, in America, kill her baby, dump him in a garbage pail and go on to tell stories in order to confuse everyone, get away with it?


There are plenty more:

Americans know that a toddler doesn't stand up, kiss his mommy, walk out the door, and not be seen by a household of 9 people, and vanish into thin air.  It doesn't happen.


We step back from the case of Aliayah Lunsford trusting that police know what they are doing and are, as what appears, stalling for time with bogus press conferences, all the while desperately searching for Aliayah, until the mother gives birth.

We expect some news to be forthcoming.

Why no reward in the case of missing 3 year old Aliayah Lunsford?  One may be offered soon, as they react to the public questioning, but that it was not offered early on is telling.

There may be an arrest soon.  This may be why some searchers are being turned away and why so little news is offered.  It looks contrived to call a daily press conference to announce that no information will be divulged.  They need to re-think their strategy, if they have not already.

We will continue to cover this tragic case.
Posted by friant at 5:53 AM