See, folks? While the formerly "Yes We Can" Obamacracy now says they cannot... Capitalism and free enterprise prove that Yes WE (capitalistic, free-enterprising "right-wingers") Can.

Remember this, and remember to reject anyone belonging to a "progressive"/"liberal" party in future elections. They'll lie and say they're... capitalists, but a lie is a lie. And we know the Obamacrats lied. 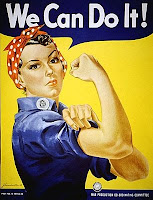 Capitalism works when undercover communists aren't permitted to screw it up.

Communists and their Useful Idiots, and even corrupt, criminally-intent "capitalists", screw things up from within so that they can then blame capitalism per se, when, in fact, it's the fault of anti-capitalist ideologues and of criminals who just don't care about anything other than profiting from whatever will bring them profits.  We're talking about the Democratic Party and all who associate with it in any way, shape or form, plus false "Republicans" who act as double agents and saboteurs in the GOP.

The ultimate goal of "liberals" and "progressives" is to make life better FOR THEMSELVES.  Whatever helps this happen, they'll do.  Capitalism, communism, a hybrid, totalitarianism, anarchy, you name it- all they care about is themselves.  If it brings them more money and stuff, or if it brings them stuff in return for little or no input on their part, then they'll go for it.  Yup, this is the essence of "liberal"-"progressives", of "social democrats" (who are NOT democratic), of "social justice" proponents (that's a euphemism for communism and totalitarianism, which is the end result of the agenda being pushed fast and furious by the Obama-Democrat regime).

The laws of the land are being ignored.  Legislation has been imposed by leftist regimes of the past and as we speak, which caused the economic crash by liberalizing credit, by allowing debt to balloon for everyone regardless of ability to repay.  These damaging laws must be scrapped, and immediately once Obama is dethroned in 2012... or sooner (sooner is better). 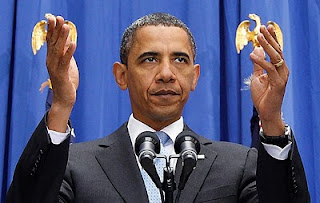