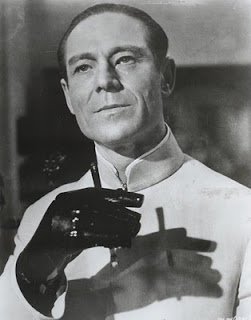 In other words, around the end of the 1980s, science (at least science reporting) took on a distinctly authoritarian tone. Whether because of funding availability or a desire by some senior academics for greater relevance, or just the spread of activism through the university, scientists stopped speaking objectively and started telling people what to do. And people don’t take well to that, particularly when they’re unable to evaluate the information that supposedly requires them to give up their SUV, their celebratory cigar, or their chicken nuggets.
The public’s trust is further undermined by scientific scandals, such as the recent ClimateGate affair, when it became apparent that climate scientists, if not overtly cooking their books, were behaving as partisans out to create a unified perception of the climate in order to advance a policy agenda. The climate community is probably the biggest user of the authoritarian voice, with frequent pronouncements that “the science says we must limit atmospheric carbon dioxide concentrations to 350 parts per million,” or some dire outcome will eventuate. Friends of the Earth writes, “For example, science tells us we must reduce our global greenhouse gas emissions to prevent dangerous climate change.” America’s climate change negotiator in Copenhagen is quoted by World Wildlife Fund as saying, “China must do significantly more if we are to have a chance to solve the problem and to arrive at an international agreement that achieves what science tells us we must.” Science as dictator—not a pretty sight.

If science wants to redeem itself and regain its place with the public’s affection, scientists need to come out every time some politician says, “The science says we must…” and reply, “Science only tells us what is. It does not, and can never tell us what we should or must do.” If they say that often enough, and loudly enough, they might be able to reclaim the mantle of objectivity that they’ve given up over the last 40 years by letting themselves become the regulatory state’s ultimate appeal to authority. Hey, you know, perhaps Biba has something there—maybe science does need better PR!