Gingrich: No Cordoba at Ground Zero 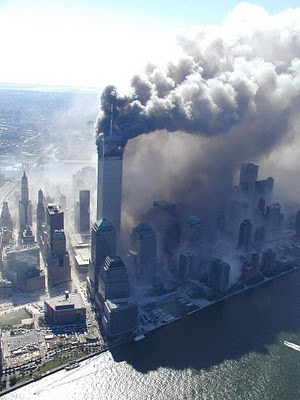 Why do Islamic supremacists want to build a thirteen-story mosque costing $100 million... on the sacred burial ground of thousands massacred by Muslims in cold blood in the name of Allah?  And why do they want to call it "Cordoba House"?  Newt Gingrich discusses...

Gingrich: No Cordoba at Ground Zero

The proposed "Cordoba House" overlooking the World Trade Center site – where a group of jihadists killed over 3000 Americans and destroyed one of our most famous landmarks - is a test of the timidity, passivity and historic ignorance of American elites. For example, most of them don’t understand that “Cordoba House” is a deliberately insulting term. It refers to Cordoba, Spain – the capital of Muslim conquerors who symbolized their victory over the Christian Spaniards by transforming a church there into the world’s third-largest mosque complex.

Today, some of the Mosque’s backers insist this term is being used to "symbolize interfaith cooperation" when, in fact, every Islamist in the world recognizes Cordoba as a symbol of Islamic conquest. It is a sign of their contempt for Americans and their confidence in our historic ignorance that they would deliberately insult us this way.

Those Islamists and their apologists who argue for "religious toleration" are arrogantly dishonest. They ignore the fact that more than 100 mosques already exist in New York City. Meanwhile, there are no churches or synagogues in all of Saudi Arabia. In fact no Christian or Jew can even enter Mecca.

And they lecture us about tolerance. 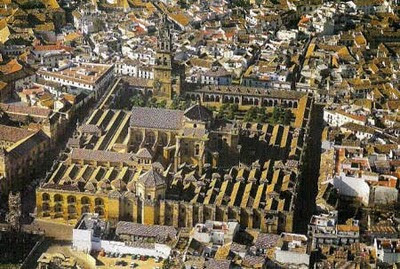 The mega-mosque at Cordoba, Spain, built by the Muslims who invaded, without provocation and without any reason other than the spread of Islam, and occupied the city by force.  Those who want to build one at Ground Zero plan to call it "Cordoba House", an extreme provocation, no doubt.
If this monument of hate goes up, I recommend that everyone buy a pair of these, wear them for a good amount of time, step in some doggie doo and piggie poo and then walk brazenly into the lobby, wearing a Motoon  ...   T-shirt... 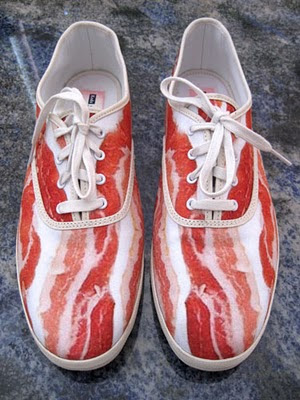 To those who deny it's a mosque, come on... what are you, cranks?  Everyone says it's a mosque, so you better believe it or be considered a loon.  Besides, we're supposed to believe Obama's constitutional eligibility to be President isn't in question 'cause "everyone" says it isn't, so why the double standard?  Get with the program, dhimmi dummy!  It's a mega-mosque and it's wrong to put it at Ground Zero!  Period!
Posted by friant at 3:32 PM