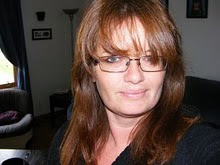 UPDATE:  Sara advises me she'll be on CTV News tonight, 6 PM ET.  Maybe CBC, too... (UPDATE:  Looks like CTV nixed putting the interview on the nightly news, even though they did interview her, as Sara told me)

Apparently, racism is alive and kicking in the Public Service in Canada.

It must be ended immediately.

We can also call it RACIAL PROFILING.

Which is ALWAYS wrong... isn't it?

The victim of the racism is Sarah Landriault, the well-known Choice in Childcare activist.

Perhaps the Hard Left is happy to pick on her as revenge, using her race against her...

This is NOT a policy of the current government- it's the policy of the previous one, the Liberal one, who looked at it and kept it as is, with custom tweaking.

Expect the Old Media to bury this story, like they buried the Obama/Rev. Wright racist-pastor story.

Don't expect the Liberals, NDP, Bloc, the community organizers and the "anti-racism" crowd to say much, if anything... and don't expect any street demos, either.  They won't care.  Mark my words.

Yup, looks like everyone except CNews (of the SUN news outlet that's bringing us SUN News TV) has buried the story.  CTV interviewed Sara but they don't seem to have put her on the news after all, plus CBC bumped her for Helena Guergis.

Looks like we now know who of the media is doing their job:  The SUN News people!
Posted by friant at 11:32 AM