One year ago, we closely followed this story and plead with Tiffany Hartley to take a polygraph due to the inconsistency in her story, and that Statement Analysis showed consistent deception.  She refused.  See prior analysis.

David Hartley Story One Year Later Still Does Not Float 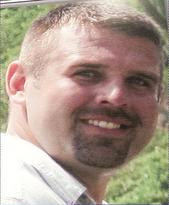 “Nearly year after David Hartley's mysterious disappearance from Falcon Lake, the man's body has yet to be recovered. CNN reports Hartley's widow, Tiffany, has sued the State Department, Justice Department, and FBI in an attempt to learn what happened to her husband.”
A year has passed when the world heard a distressed wife call and explain from a cell phone that she escaped pirates and her husband had just been shot on Falcon Lake. David Hartley was on his jet skis when the couple was “ambushed.” His body has never been recovered.
I need to clarify first Tiffany Hartley is not a widow. There is no body. A death certificate has never been signed or issued. David Hartley is a missing person. The wife is the sole witness to the craziest story I have ever heard as it relates to missing person intimate partner homicide. In my opinion, this fairy tale is pale in comparison to male offenders murdering their wives or girlfriends. Their stories would never hold water and yet for some reason hers floats.
Tiffany Hartley has sued the State Department, Justice Department and FBI? To learn what happened? Wasn’t she there?
I have said this before, if someone with common sense, a reporter or law enforcement agency takes the words from the 911 call made by Tiffany Hartley and recreates what she said happened on September 30, 2010, at a lake with jet skis, you will see what was said is in my expert opinion a fairy tale. Perhaps those whom were sued could consider saving themselves tax payer dollars find a lake and follow her script.
David Hartley is missing. Body and border patrol used in the same sentence screams foul play. A convenient cover-up for, in my opinion, cold blooded murder.
Other stories on the case:
http://seamusoriley.blogspot.com/2010/12/tiffany-hartleys-last-moments-with.html
http://seamusoriley.blogspot.com/2010/12/tiffany-hartley-call-to-action-part-3.html
http://seamusoriley.blogspot.com/2010/11/tiffanys-next-appearance.html
http://murphymilanojournal.blogspot.com/2010/11/tiffany-hartley-call-to-action-part-2.html
http://murphymilanojournal.blogspot.com/2010/11/tiffany-hartley-no-investigation-part-1.html
http://womenincrimeink.blogspot.com/2010/10/is-tiffany-hartleys-telling-truth-body.html
http://womenincrimeink.blogspot.com/2010/10/on-land-or-by-water.html
http://murphymilanojournal.blogspot.com/2010/11/tiffany-hartley-murder-in-mexico.html
http://www.huffingtonpost.com/2011/03/30/david-hartley-still-missing-one-year-later_n_842708.html
http://www.thedenverchannel.com/news/29308008/detail.html
http://murphymilanojournal.blogspot.com/2010/11/tiffany-hartley-murder-mexican-borders.html
****
Susan Murphy Milano is a staff member of the Institute for Relational Harm Reduction and Public Pathology Education. She is a specialist with intimate partner violence prevention strategies and high risk cases and available for personal consultations through the Institute. She is also part of the team at Management Resources Limited of New York.
Susan is the author of "Time's Up: A Guide on How to Leave and Survive Abusive and Stalking Relationships,"Moving out, Moving on, and Defending Out Lives. Susan is the host of The Susan Murphy Milano Show, "Time's Up!" . She is a regular contributor to the nationally syndicated "The Roth Show" with Dr Laurie Roth and a co-host on Crime Wire.
If you would like to schedule Susan Murphy Milano for training and interviews, please contact:ImaginePublicity PO BOX 14946 Surfside Beach, SC 29587 Phone: 843.808.0859 email- contact@imaginepublicity.com
Posted by friant at 2:59 PM